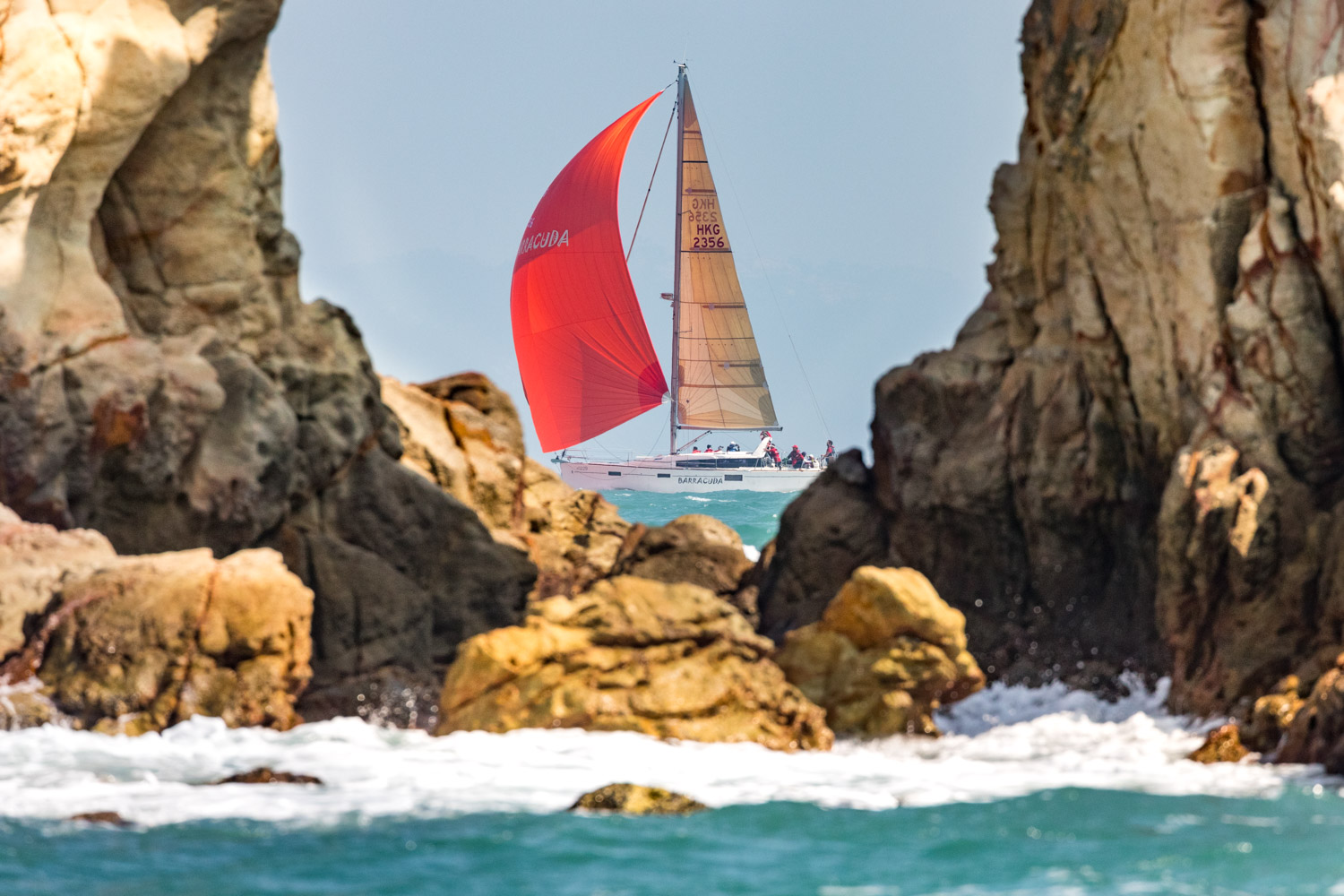 Kiwis bid to regain title at the China Cup

A strong team from Royal New Zealand Yacht Squadron is among the many international competitors who are coming to the 13th edition of the China Cup International Regatta for five days of racing from 6 to 10 November in Shenzhen. Two years ago the Kiwis won arguably the toughest division in this regatta, the Beneteau 40.7 one-designs, but last year were outsailed by an Australian/ Chinese team.

Laurie Jury will be skippering the XianLiao boat representing the RNZYS with a mixture of experienced and younger talent on board the 40-footer. There’s also plenty of Australasian professional talent spread through the rest of the 40.7 fleet, notably on board ChinaOne Ningbo which numbers one of Australia’s top-flight match racers, Keith Swinton, in a Chinese/Australian crew that has been put together by for the regatta by New Zealand Olympic medallist Craig Monk.

Other Corinthian crews will be looking to get one over their professional rivals in at least a few races. There are a few teams that come back religiously year after year, such as Mike Evans who enjoys escaping the cold autumn of his home country to skipper CICW Team Canada. There’s a big contingent on its way from Russia and Estonia, notably another regular participant in Mikhail Ermakov who’ll be heading up Russian crew aboard Glory Sun Land Group-Seven Feet Team. 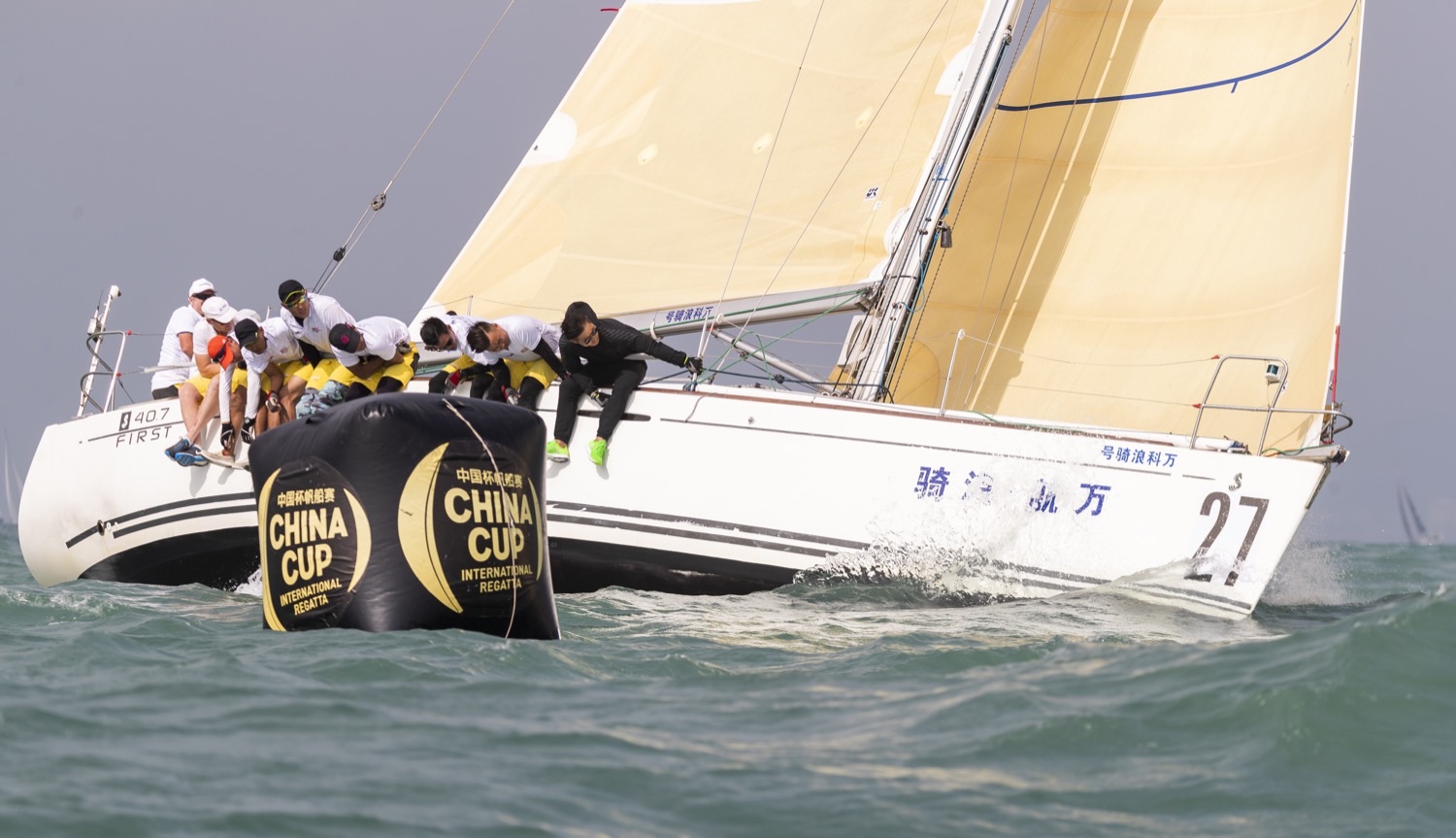 Last year the New Zealander who’s made his life in China, Jono Rankine, finished third overall in the 40.7s and will almost certainly be in the running for overall victory as skipper of Forever 9. A dark horse to watch will be Doubao Team, skippered by Chris Jackson with a crew of accomplished Beneteau 40.7 sailors from Great Britain. While Jackson has competed in one China Cup before, the rest of his team is new to the event, as Jackson’s wife and crewmember Lucy explained: “We have put a team together from the UK with the core crew that have thousands of miles on Beneteau First 40.7s including Chris Jackson, Tim Thubron and Rob Larke. We think the competition level will be very high as looking at the results from last year, Emirates Team New Zealand came 5th!  We feel we have put a strong team together but we haven't done the event before and don’t have any local knowledge so we will have a lot to learn on the training days.”

In total, 90 teams from 32 countries and regions are entered in racing divisions which include the Beneteau First 40.7, IRC Class, Bavaria One Design Class, J/80 Class, HKPN Class and Youth One Design Class. The regatta this year also features a new and more challenging long-distance race.

In the IRC fleets, Frank Pong’s mighty 75-footer, Jelik, will most likely lead the way on the water but in terms of IRC handicap competition the smaller boats are predicted to fare better. Tiffany Koo has made a habit of winning her IRC division in recent years, for example, and will be out to prove she can do it again. 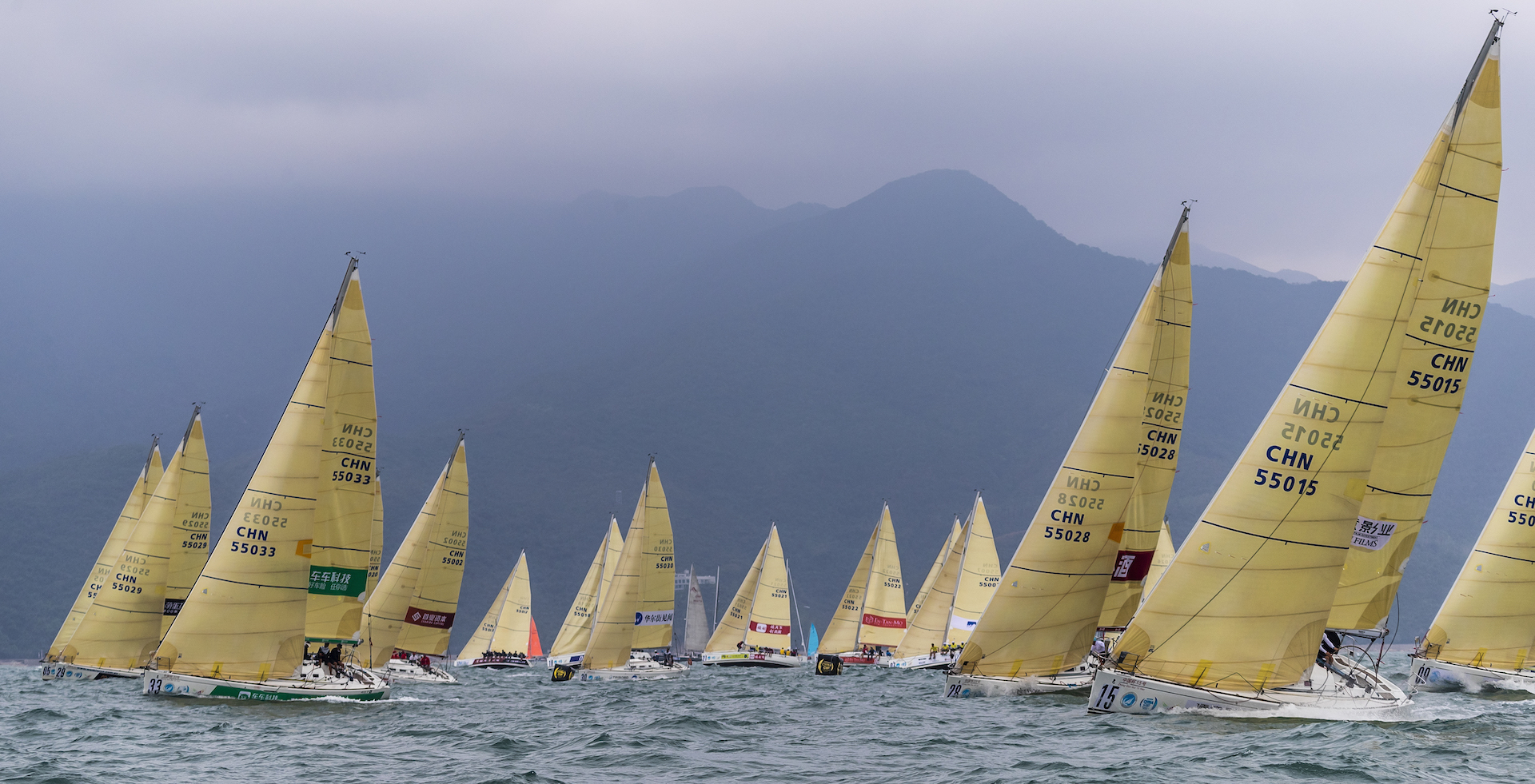 For some sailors, the goal is to work hard on the water and party equally hard in the evening at the social events where music, food and drink comes in plentiful supply. In terms of where the priorities might lie with Nick Southward and his J/109 crew, the clue is in the boat’s name, Whiskey Jack. They always celebrate with whiskey jacks on the dock, and generally their sailing performance gives them good reason to charge their glasses.

The boat is now more than 11 years old and has done some hard yards, so much so that the rudder stock had corroded and was in desperate need of replacement before the regatta. “We were a late entry to this year’s China Cup, but I was lucky to have my entry accepted and this will make what I believe will be my 10th time at the regatta.”

As to how he’ll fare this year, Southward is not too clear. “We are fortunate to have won our division three times before. But I’ve no idea what it will be like this time - the competition is always tough.” Some upgrades to the boat might help their cause. “Whiskey Jack has had a bit of a refit over the last year, upgrading most of the gear that was beginning to get a bit dysfunctional on an 11 year old boat.  In doing so we have a new set of sails from the master sailmaker Barry Hayes and his team at UK Sailmakers, as well as a new carbon rig from Axxon, the spar makers from Romania.  We used the new boat for the first time at the China Coast Regatta a few weeks ago and were surprised by the enhanced performance  - to the extent that it’s almost a new boat that we are learning again how to sail.”

While Southward doesn’t really need to learn how to sail again, for many entrants to the China Cup this is their first exposure to high-level sailing competition. The standard of racing has increased dramatically over the past 13 years, helped by the presence of various members of sailing royalty from year to year. Previous attendees include double Vendée Globe winner Michel Desjoyeaux, Olympic Champions such as Jo Aleh, Nathan Wilmot, Xu Lijia, Malcolm Page and Pete Burling. The China Cup is a celebration of everything that’s good about sailing, from the bottom to the top of the sport.

Aside from the serious competition on the water, the China Cup prides itself on attracting new people to the sport, particularly younger sailors. The China Cup Youth One Design Class is an international competition that attracts over 100 young sailors from many regions around China. The SEED Public Welfare Sailing Project, established in 2016, has attracted over 100 families into sailing. Also, China Cup has selected young sailors from all over the country to join the international top sailing team for training and racing in the event.

Shining the Spotlight on Shenzhen

This year’s China Cup International Regatta will take place entirely in Shenzhen, attempting to respond to the newest legislation which calls to make Shenzhen a globally renowned ocean-centric city. It is also a great representation of the effort and education China Cup has put into promoting sailing as a lifestyle.

You can keep track of news and results at the official website: www.chncup.com

* The China Cup International Regatta 2019 takes place over five days from 6 to 10 November in the waters of Shenzhen. As of end of October, there were around 1,100 sailors representing almost 32 different regions and nations including: New Zealand, Australia,  Great Britain, Russia, France, Spain, Germany, Sweden, Denmark, Netherlands, Ireland, Canada, Estonia, South Africa, Japan, Korea, Malaysia, Singapore, and Philippines. China Cup International Regatta, approved by General Administration of Sport of China, is co-hosted by the Water Sports Administration Center of the General Administration of Sport of China and Chinese Yachting Association as well as Shenzhen Municipal Administration of Culture, Sports and Tourism. It is the largest China-initiated international sailing regatta, and the biggest First 40.7 regatta in the Asian-Pacific region. China Cup International Regatta has been awarded 'Asian Regatta of the year' on four occasions at the Asian Marine and Boating Awards, and by brand value is recognised as one of the top 10 sporting events in China.

Make sure you've signed up to our FREE NEWSLETTER where we bring you exclusive interviews with the world's greatest sailors...

What Others are Saying...

"I think the site is brilliant!!! I believe that knowledge is more important than material things in sailing. I'll happily buy a book for a tenner or do a day's coaching for 50 quid just to pick up one thing.
But already after sieving through only a few articles on SailJuice I believe my knowledge has increased substantially. I have spent five times that on the odd day's coaching and learnt nothing like as much."
Jim Downer, RS400 sailor, Cowes